ToolTally is supported by our readers. When you buy an item via links on our site, we may earn an affiliate commission. Disclosure
Skip to content
Quick Navigation hide
Can I Jack My Car up on a Slope?
Position the Car
Work on a Hard Surface
Apply Chocks
Use Jack Stands
Frequently Asked Questions (FAQs)
Can I use car ramps to jack up a car on an incline?
What are the risks when jacking up a car on an incline?
Do I need an Axle stand when jacking up a car on a slope?
What type of car jacks should I use on an incline?
Which jack points are safe to jack up a car?
Conclusion
Zachary Drumm

Jacking up your car on a slope or inclined surface is extremely dangerous. The vehicle can slip off the jacks, causing injuries and even loss of life. Knowing how to jack up a car on an incline is a skill you should know since you can’t control when and where your car gets a puncture.

For instance, if you are like me, the only convenient place you have to work on your car is on a slight incline in your driveway. Of course, most driveways are sloped to encourage water and ice runoff.

See Also: The Roach Getting Into A Car Meme That Has Taken Over Instagram

For some shade tree mechanics, the only flat place they have to work is their yard, which introduces the risk factor of soft soil under your jacks. If the soil gives way under the jack, it may shift and fall.

However, if you are on the side of the road with a flat tire, you, may not have much choice as to where you jack your car. What’s especially dangerous about this, is that the scissor jacks that come with most cars are especially apt to fall over.

I’ve jacked my car in my driveway many times. The slight slope does not cause me any issues, and I take added precautions to make the entire process safer.

Can I Jack My Car up on a Slope?

Yes, you can jack your car on a slope. However, you want to use the most level ground available to you.

The answer depends on how sloped that surface is. If you are in Arkansas, your idea of level ground is probably a lot more angled than that guy in Florida who is asking the same question.

If you are jacking a car on a slope angle of more than 3 degrees, there is a higher risk of the jack falling. You can mitigate this risk by using more than one jack, jack stands and wheel chocks. I’ve known too many people who have been injured by a car falling on them.

About 60 mechanics each year die on the job. You don’t want to be a statistic.

If jacking your car on an incline is avoidable, please do so. But if the vehicle’s condition is so critical that you can’t avoid it, then jack it up but with extreme caution.

Having said all that, let’s unveil how you jack up your car on a slope. First things first:

If you are in a circumstance where you must jack up your car regardless of slope angle, then watch how and where you position your vehicle before the process. It is hazardous to work underneath the car jacked up while set parallel to the slope’s direction. There is a higher possibility the car will move either back or forth, causing colossal damage.

First, you should park your car at a right angle to the slope. That way, it reduces the possibility of the vehicle rolling or slipping, thus lessening the likelihood of an accident. Further, applying a parking brake would help to keep the vehicle from unnecessary movements.

Additionally, where you position the car should be free from traffic. Limp your car off of the highway to a parking lot, or park as far off the roadway as possible. I have a tow truck buddy who will tow people to a parking lot before changing their flat tire. He takes the risk of being struck by a passing car seriously, and you should, too. Working in a high-traffic location can put you at risk of other vehicles hitting you accidentally.

Avoid jacking up the car on busy roads such as driveways or highways. Instead, look for somewhere isolated and safe where no other vehicles are passing by.

Work on a Hard Surface

Once you have parked the car in a secure place and at the proper position, the next thing is to prepare the surface you will be working on. Generally, the surface should be hard (like concrete) to increase the stability of the jack when under heavy load.

If you’re working on loose soil, the car weight will press hard on the jack causing it to sink into the soil. This can cause the vehicle to fall off the jack. A jack that sinks unexpectedly, can harm you while working under the car.

The other day, we had a brake overheat while traveling in Arkansas to see Hawksbill Craig. I was forced to jack our SUV on a gravel road. The first thing I did, was to sweep as many of the loose stones away and create a smooth place to set my jack. A better option would have been to use boards to set my jack on. Unfortunately, I didn’t have any boards along with me.

But using boards like 3/4-inch plywood is a great way to create a hard surface from which to jack. Typically, this hard surface can be a block of wood, metal, concrete blocks, or any other hard material. When you put the board on the ground, it forms a solid and hard surface where you can place your car jack. Ensure the board is wide and large enough to prevent it from sinking into the soil.   A 2-foot square works great.

After ensuring the car stands on a hard and stable surface, applying wheel chocks is next. Wheel chocks are wedge-like material such as rubber or polythene that is used to prevent vehicles from accidentally rolling. I’ve used 4×4 lumber and cinder blocks as wheel chocks before.

Using jack stands is essential. Aside from changing a tire in an emergency situation where no jack stands are handy, you should always use jack stands to secure the vehicle before working underneath it.

Jack stands don’t lift the vehicle. Instead, they provide firm support when you have raised the vehicle to lock it into the raised position. So, use a jack stand while jacking up your car on an incline to keep you extra safe from the risks of your car sliding off the jack.

After you have raised your car, place the jack stand, then lower the vehicle to rest on it.

After you have repaired your car, lift your car with a jack to release the jack stand. Then you can lower the car slowly to the ground. That way, you will have accomplished the process of jacking the car on an incline safely.

Can I use car ramps to jack up a car on an incline?

In some circumstances, you can use ramps. For instance, car ramps are ideal if you want to replace a muffler in your car or change the oil. However, the ramps are not as versatile as jacks in situations such as when you are removing a wheel to repair a tire or replace brakes.

What are the risks when jacking up a car on an incline?

Generally, jacking up a car is dangerous, especially when done carelessly. Indeed, many deaths in the past decades have resulted from jacking accidents.

When you place the car jack incorrectly, it can lead to a car fall, causing more damage to it. Further, while working underneath the vehicle, it may crash on you when it slips from the incorrectly placed jack.

Do I need an Axle stand when jacking up a car on a slope?

Yes, but it depends. Since an axle stand is a safety tool, you will rarely need it while changing tires. However, if you are working underneath the car, the axle stands are essential.

Do not think that the car jack only will be enough support to prevent the car from crushing on you. Therefore, you require additional support such as ramps, jack stands, and axle stands to make the car more stable.

What type of car jacks should I use on an incline?

Typically, there are a variety of lift jacks, including ratchet jack, hydraulic jack, bottle jack, floor jack, screw jack, scissor jack, inflatable jack, and others. Ideally, each jack type is purposely made to suit a given task.

Unfortunately, there are no car jacks purposely made to jack up vehicles on slopes. However, the process is sometimes unavoidable. In such situations, jack types with a large base and no wheels, such as wide base bottle jacks, are ideal.

Which jack points are safe to jack up a car?

Generally, there are four major jacking points on a car. All the points are strategically located at the car’s rocker panels, which is a structural metal reinforcement that runs at the side of the car between the back and front wheels.

So, while jacking up a car, ensure you align the jack to rest immediately on the jack points. Usually, two jacking points are present just behind the front wheels while the other two are in front of the rear wheels. But if you are having problems locating the points, you can refer to your vehicle’s owner manual.

It is not an easy task to jack up a car on some ground conditions such as asphalt, grass, and on an incline. However, it is possible when you follow the correct procedure and safety precautions.

It is essential not to miss critical things such as positioning your vehicle at right angles to the slope, working on a hard surface, and applying chock wheels. In addition, you should remember to use jack stands, axle stands, and ramps to improve the safety of the process. But if the process is precarious, you should avoid jacking and call for a breakdown to move your car instead.

This article shares the opinion of the author. It is not an extensive guide and does not remove the risks of jacking your car up. If you are unsure how to jack your car safely, you should have a professional train you on how to perform the task safely 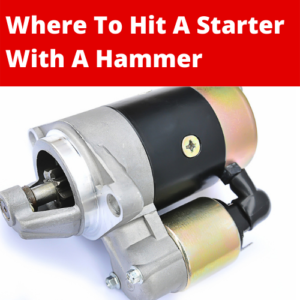 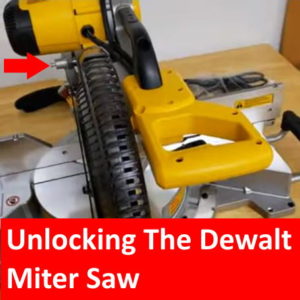 Walabot vs Flir One
Read More 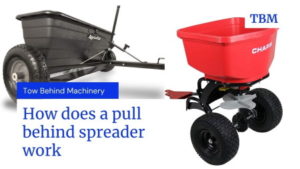 How does a pull-behind spreader work
Read More