The other day I borrowed my brother’s larger Rigid miter saw to finish a project where I needed to make larger miter cuts. I was perplexed for a good 4 minutes trying to unlock his miter saw.

So you aren’t the only one to be stumped by a miter saw.

A miter saw is going to be the most-used tool in your garage. There are so many common cuts that can be done accurately with this saw. DEWALT miter saws are among the most popular models you can buy online.

When you buy a DEWALT miter saw, you know that it is a high-quality piece of equipment that will last for years. You guys know I am a huge fan of the DWS780 model. Before you can use your new miter saw, you will need to know how to unlock it.

Does It Unlock The Same Way As Other Brands Do?

The Dewalt uses a common unlocking mechanism, but there is variety among the miter saw manufacturers. For example, I mentioned that the Rigid saw I borrowed used a different locking system. For the Rigid, I pushed down on the handle and then used my other hand to turn the locking mechanism into the open position.

This article is specifically about how to open a DEWALT miter saw.

It’s a simple task, but the first time you try, it will feel like you are solving a puzzle. Plus, if you are new to miter saws, you want to avoid accidentally starting the saw and hurting yourself.

It comes down to knowing where the correct lever is to release it. But with the different knobs and buttons, it can get confusing. Here is how to unlock DEWALT miter saw.

It is not necessary to unplug the saw before unlocking it. However, if you are new to miter saws, the unlocking mechanism can look a lot like the button to turn on the blade.

Power tools are dangerous. Unplugging your miter saw will let you explore it safely.

On models such as a DWS779 and the DWS780, a silver metal pin at the base of the arm needs to be unlocked. This releases the head so that the saw can be moved from its stored position and used for cutting wood.

Start by pressing down on the handle and then reach back with your left hand and pull the small silver knob. (Some people might say it looks like a silver pin.) Do not press down on the saw blade guard. Use the handle!

This is an easy lock to open and only requires light pressure. A gentle pull of your fingers will be enough to release it.

To relock the head, push the handle down 2-3 inches and hold it in place while you push-lock the pin back into its spot.

The key feature of a miter saw is its ability to cut at different angles. By providing the convenience of pre-set angles, an Miter saw will greatly speed your performance and accuracy on any carpentry project.

The angle lock is on the front of the miter saw, at its base. You need to unlock this saw to rotate it from left to right.

Sometimes there is a knob that you need to unscrew. Other models simply have a pin that you pull.

On the higher-end models, you simply pull a lever on the front, and then you can swivel the entire unit from left to right. You can’t miss this lever. It is black, large and easy to move. On Dewalt saws, it is called the “Cam Lock Miter Handle.”

You will want to lock this level back into the desired position before operating the saw.

Some models offer a fixed bevel at 45-degrees or 90-degrees. Every DEWALT model I have used also offers stops at 22.5 degrees and 38.6 degrees. You will likely be using 45-degree or 90-degree cuts the most.

Start by moving the adjustable fence out of the way before you unlock the bevel. Then, there is a yellow lever on the back that needs to be flipped up to allow you to move the saw on the bevel plane.

Many of the saws have sliding rails that let you move the blade back and forth to cut wider boards. These sliding miter saws are handy when working with 12-inch and 18-inch wide cuts.

To unlock the rails, you will need to turn the knurled knob counter-clockwise to release the tension on the support rail tubing. There is also a small locking hook that needs to be lifted to allow the sliding rails to be used.

Why Won’t My DEWALT Miter Saw Lift Up?

The miter saw will not lift because it is locked into place. If releasing the lock pin does not fix your problem, try spraying some lubricant on the hinges.

The DEWALT DWS779 is one of the most reliable models you can own. To unlock it, press down on the handle and pull the silver pin at the rear.

Why Is My DEWALT Miter Saw Cutting Crooked?

During shipping, the saw may have jarred, and the presets may no longer be locked into the correct spot. You can use a square to recalibrate your miter saw. Loosen the bolts holding the detent plate in place. Then, lock the saw in the 0-degree position. Using a square, line everything up with the 0-degree spot and then tighten the detent plate back into position.

The DEWALT miter saw is one of the easiest to use. However, because the locking mechanism is silver, it blends into the base of the saw and is hard to see. Press down on the top handle and then pull the silver pin near the back of the miter saw. 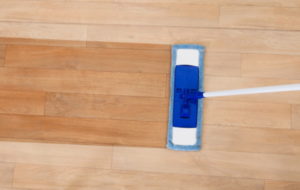 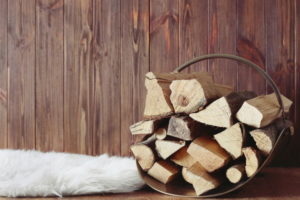 How Long Does a Cord of Wood Last?
Read More 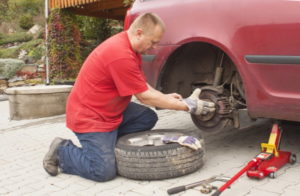 How To Jack Up A Car On An Incline
Read More