We have a 2012 Ford Expedition with the 3.5L Engine. Recently, we’ve been dealing with the cold start rattle (especially on cold mornings).

Normally the wife and I just look at each other and shrug. “That doesn’t sound good” is normally what we say. But the rattle goes away in seconds, and the SUV performs amazingly.

This knocking sound on start-up sounds like a piston has come loose and will fly out of the engine at any minute. For the more educated, it sounds like an aggressive overhead cam rattle. Some folks have described it as a chain rattle. Others have postured that it is an exhaust leak. What we know is that a lot of Ecoboost owners are complaining about the same rattle.

This noise is specifically in the top front cover area.

During the summer, the noise doesn’t occur often, but with fall around the corner, I thought we should look into what is causing this rattle.

Turns out the Ford cold start rattle is a cam phaser rattle. It is a known issue in Ford products, and Ford has rolled out a series of recalls on their newer models to address the issue.  Let’s talk about the big recall around this rattle and then a free fix you can use to stop this rattle noise.

Recall 21B10 To Improve Oil Pressure

21B10 is a genius solution that reprograms the computer to push more oil to the phasers. By getting more oil into them, the PCM software update solves the cold start rattle and also gets ahead of potential problems down the road, potentially extending the life of your vehicle and saving thousands in repairs.  Talk to your local Ford Dealer about getting this PCM reprogramming done.

Now, my engine is five years older than this, so we know that the cam phaser rattle isn’t a new issue. But it gives us some clues as to a solution, even on these older vehicles.

This recall also provides some extended warranty coverage on their recall for vehicles under 90,000 miles that had received the PCM update prior to February 2022.

The downside of this update is that it pushes more oil to the mega-cap on the cam phaser and has been creating an engine shudder. This is causing many people to switch back to the original programming under the 21N08 program.

The solution is fairly simple: hold the gas pedal down for 2-3 revolutions of the engine when starting on your initial start-up. Then lift your foot off the gas and start the car normally.

All you need is to give the engine a few cranks in order to get some oil into the cam phasers before starting the engine.

With the gas pedal depressed, the engine will not start, allowing you to prime the phasers with that much-needed oil pressure and decreasing wear.

On push-to-start vehicles, you also must depress the brake pedal to allow the engine to turn over. So you will be holding the brake and the gas pedal at the same time.

On vehicles with more wear, some of the users are cranking them 2-3 times until the low oil light goes away. I think that might be a bit excessive. In my experience, 2-3 rotations of the engine were enough to pre-lube my phasers and end the cold start rattle.

The key thing is to not burn out your starter. Starters are only designed to work in 3 to 5-second intervals. Crank for 3 seconds with the gas pedal depressed. Wait 3 seconds. And then start the car normally. This should resolve the cold start rattle.

Why The Cam Phasers Rattle

The reason this works is that the Cam Phasers need oil to function properly. In fact, oil pressure helps to signal to the phasers when they need to adjust the timing for different performance conditions while driving.

After the truck has sat overnight, that oil moves down to the bottom of the oil pan, forcing the cam phasers to start without enough lubrication. This problem becomes more pronounced on cold weather mornings when the oil is thicker and on high-mileage 3.5L EcoBoost engines.

The real issue is that the timing chain tensioners wear so quickly. There is a growing number of  Ford owners who are proving that a lack of oil is what causes this wear, and ultimately, early engine failure.

Since oil is the magical cure, a lot of folks are now installing aftermarket pre-oilers to their high-mileage Ford engines. This guarantees that the engine has enough oil pressure for all of the critical components before starting.

Some handy mechanics are finding ways to hardwire pre-oiler tanks into their engine compartments. These kits run about $400 and take plenty of tinkering. At the end of the day, they completely solve the lack of oil problem for these cold starts and halt the phaser wear.

Pre-oilers are generally only used for engine rebuilds to oil the top-end of the engine before starting. The MasterLube is the one that most folks seem to have gone with.

Most of this article has been focused on the cold start rattle noise. This issue has plagued Ford’s since 2012, so it is a common issue.

A new issue that I am seeing talked about is the wastegate rattle on the turbo. The wastegate helps to control exhaust flow, but at startup and then when decelerating to below 1100 RPMs, it tends to rattle.

Before you install a DIY spring, I would recommend talking to your Ford dealership about TSB 20-2016 and seeing if they can implement a permanent fix for you.

How Long With The Ford Expedition Engine Last?

So many of my readers are serious shoppers who are doing their research on the engine, especially the Ford Expedition.

I’m the same way. I want to know all of the problems. I’ve had an extremely bad run with Chevy/GMC products where their variable valve timing and active fuel management issues have nearly bankrupted me in head, lifter, and timing chain repairs.

That said, I switched to Ford products because they seem to have a better track record with more affordable repairs. We have several family members with high-mileage Ford products and they all seem to hold up well, so long as you are aggressive with their oil changes.

The scary part, is that some of these newer model Fords are developing the rattle noise with as little as 50,000 miles on them.  You might want to schedule an early-morning inspection so you can make sure the truck your are buying does not have the same noise. 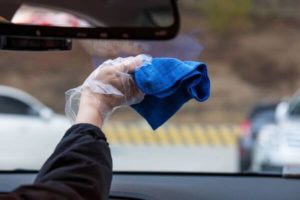 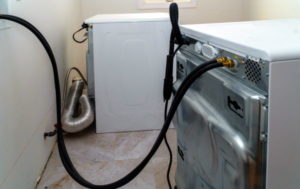 How To Vent A Washing Machine Drain Pipe
Read More

How Likely Is A Jack To Fail?
Read More 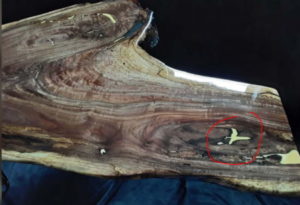 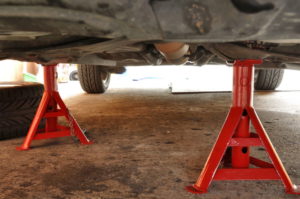 How To Jack A Car Up Really High
Read More